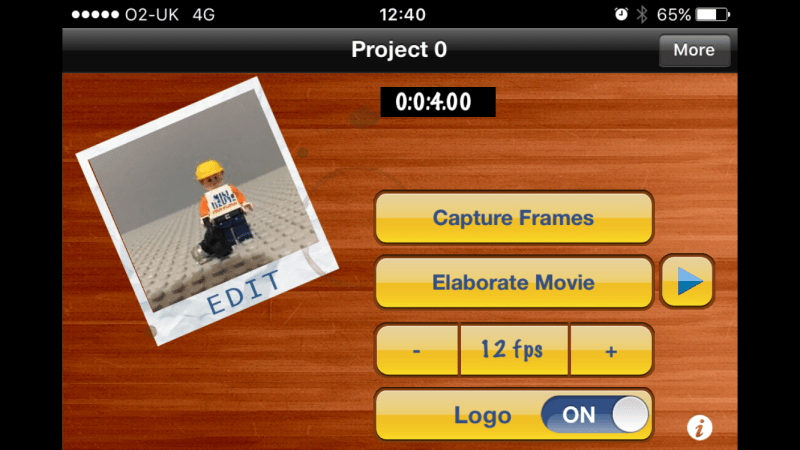 Continuing with our Smart Phone Stop Motion series, today we look at Stop Motion Café on the iPhone 6, which is available for FREE from the App store, and works on iPhone and iPad.

Getting straight into it, this is a relatively simple app that lacks a lot of the bells and whistles of some of the other apps we have been looking at for this series… That doesn’t mean it isn’t worth a look though. There are no themed titles, no libraries of music to add, no sound fx and no frame-by-frame editing to add drawing, or change the colours, contrast etc and lastly there are no filters to add to your final video. It also lacks a focus and exposure lock, which would be very handy.

Using this on an iPhone 6 seems to be a little problematic, as it doesn’t seem to be optimised to work on the slightly larger iPhone 6 screen and seems it would be more suited on an iPhone 4 or 5. This only really causes a problem in the image capture section, where it cuts the bottom menu in half, but seeing as the controls in that menu aren’t that important it doesn’t make a huge difference. 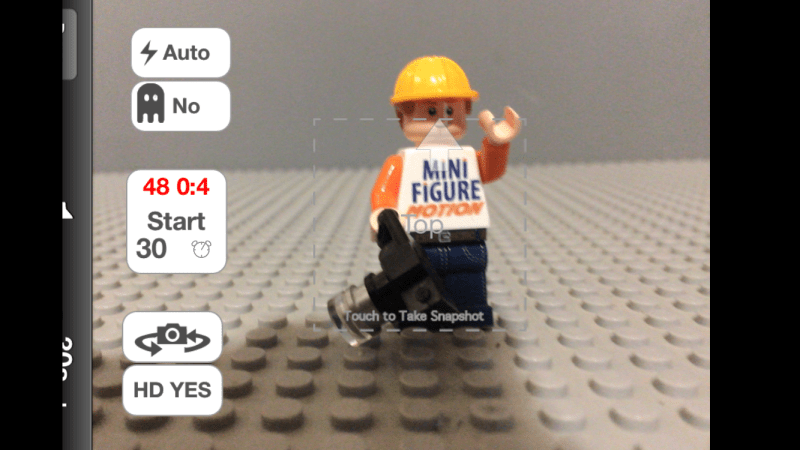 The animation features of the app are pretty good, including access to the flash, onion skinning (or ghosting as they seem to refer to it) as well as a frame counter, HD on/off and the ability to switch between iPhone cameras, allowing you to use the front or back camera as you need. It supports and can save multiple projects, which you can go back and do some basic editing on after you have finished shooting.

The editing, as I said, is simple… You have the ability to save out separate frames to the camera roll, as well as duplicate frames or delete them to get rid of any nasty mistakes you may have made. The video can be set at speed of between 1fps – 30fps, and once you are finished you can “Elaborate” your movie, which renders the animation and saves it to your camera roll in 720p HD.

Despite its lack of features, and the slightly childish look to the app, the image quality is better than some of the apps we have been testing and it is very simple to use, making it great for people who are just starting out in Stop Motion. There are better apps out there for the iPhone and iPad, but if you are looking for a quick, easy and simple Stop Motion app, then Stop Motion Café might just be for you.

Check out the test video below to see what we did with Stop Motion Café!