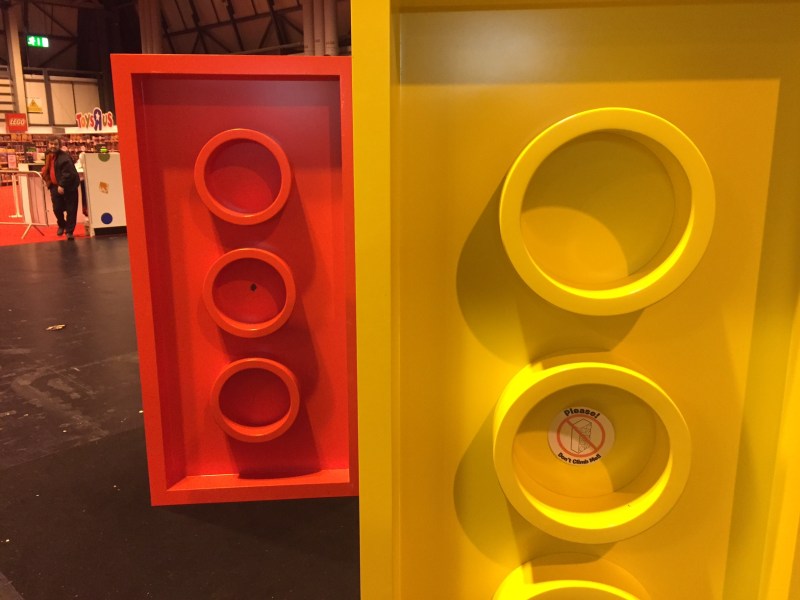 So this weekend I jumped in the car and headed up the M40 to the NEC in Birmingham for my first ever big LEGO® exhibition. The guys over at FirestarToys.com had struck a deal with me that they would allocate some space on their stand to advertise and promote Minifiguremotion.com if I could help on the stand selling their product. So, armed with a showreel of animations, flyers and posters I jumped at the chance to join them.

Last time I was at the NEC I was singing there in my band fREAK-1-C and I had forgotten just how big the place is. It is the 7th largest exhibition centre in Europe and Brick Live as a show claims to be the UK’s biggest celebration of LEGO®, built by LEGO® fans for LEGO® fans, where the World’s best builders gather to display their creations, combined with trade stalls, computer games and even a stage hosting live events. Everywhere you looked, as far as the eye could see, was an massive homage to the little plastic brick and the minifigures that live in that world.

Over 3 million bricks filled the various Brick Pits that were everywhere throughout the hall, each containing its own unique colour brick, with fans, young and old alike, wading through the plastic to sit and make various creations. Many LEGO® fans had shown up to display their builds, with amateur builders and pro LEGO® artists showing off everything from spaceships, towns, cars, castles and even recreations and parodies of famous artworks. People queued for hours to play the latest LEGO® Dimensions games and every so often you could catch a glimpse of a life-sized LEGO® BA Baracus (Mr T.) or Harry Potter wondering around for photo opportunities with children and adults alike. 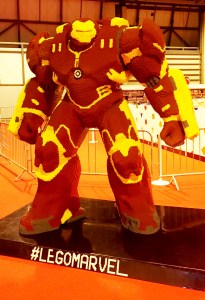 Once you had spent your time looking at all the great displays, building in the Brick Pits or getting involved in the various events on the live stage and other spots around the hall, there were plenty of trade stalls to go and purchase minifigures, LEGO® sets and various other related products. Besides the FirestarToys.com and Minifigures.com stall where I was working, who produce some fantastic, unique custom minifigures, lego parts and custom accessories, a few other stand out stalls included the guys over at RedSquareBrick.com who make some awesome minifigure display frames, BaseAce.co.uk who manufacture some very interesting 3D play platforms for minifigures and the very cool Funky3DFaces.com who 3D print minifigure heads that look just like you, or anyone whose photo you decided to send them. A massive Toys’R’Us also dominated a large portion of the hall, selling all official LEGO® product, so whatever it was you wanted to buy, at Brick Live you could probably find it.

The FirestarToys.com / Minifigures.com stand was absolutely non-stop for the 3 days that I worked with them, with both children and adults alike queuing up to take part in their Create Your Own Superhero and Make A Monster sections, or pondering over the many quality printed custom minifigures that were on sale. Stan Lee, Tom Baker, Ghost Soldier and Jack The Pumpkin King were firm show favourites, and we were also joined by the hugely talented Elspeth De Montes of Azure Brick Creations who built all of the great displays used to promote the figures at Minifigures.com. I also had the opportunity to meet and talk with many of you that were interested in Stop Motion Animation and it was great to hear that so many younger children were already trying their hand at creating their own Brick Films. 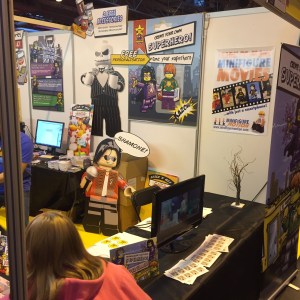 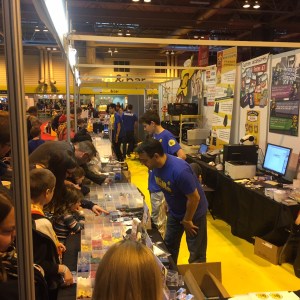 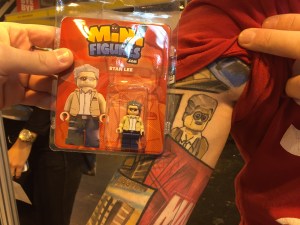 As of writing this, I am tired, my legs and feet ache, and I am slightly bricked-out, but that said, attending Brick Live with the FirestarToys.com crew was an amazing experience that I hope to be a part of again sometime. I cannot thank Paul, Danny, Sonny, Elspeth, Matt, Lucy and Lewis enough for making me feel welcome and like part of the team, and I look forward to working with them all again and spending some more nights after shows playing pool and drinking with them.

I hope to see you all at a show in the near future, and until then, keep animating!