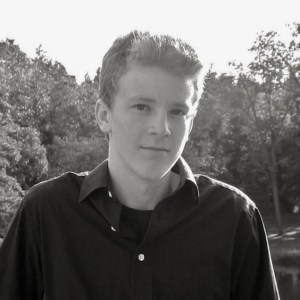 Q1) How long have you been animating?
I’ve been stop motion animating since I was 12 years old, although I didn’t start 3D animation until I was about 15.

Q2) How did you start making stop-frame animations?
I started animating when my dad taught me how to operate his Red One film camera. His work as a filmmaker was a big inspiration for me, as were the many talented stop motion animators on YouTube 🙂

Q3) Why have you chosen Lego® and other brick products as your main medium to work in?
Ultimately it comes down to the fact that I’m a huge LEGO fan. LEGO sparks so much creative energy in me, and I genuinely love animating when I’m working with those familiar bricks. LEGO also allows me to produce massive cinematic films on little-to-no budget, which is valuable for an creative entrepreneurial dreamer like me!

Q4) What is your setup like? Which camera and software do you use to make your movies?
We constructed my animation table from scratch so that it was specifically suited for my stop motion needs (sturdy, won’t budge if bumped, allows for creative camera placement around the perimeter, etc). Lately, my camera of choice has been a Canon EOS Rebel T2i on a Weifeng WF-717 Fluid-Head Tripod. This allows me to capture incredibly precise camera movements at a very high quality. For software, I use Dragonframe, Premiere Pro, After Effects, Photoshop, and Blender 3D. I highly recommend each one!

Q5) On average, how many hours does it take to create your animations?
On average, projects will take me about 9 months to finish. Of course, that figure is thrown off by 4 projects that I’ve put a disproportionately large amount of work into (3 of which are still to come!). I’m a perfectionist, so I often spend up to a month on a difficult or intricate shot for my films. That establishing shot of level 1313 at the end of “LEGO Star Wars – The Underworld” took me about 140 hours to produce from start to finish. I actually built the trailer around that shot

Q6) Do you have a favourite mini-figure to animate, and what makes them so special?
I think my favorite minifigure to animate would have to be Elrond for many reasons. The most prominent of these are that the printing job is elegant, his joints are brand new and easy to work with, and he sports a cape which adds a layer of complexity and challenge to the animation. He’ll be featured in a comedy short I’m hoping to finish up later this year!

Q7) What can we look forward to in the near future from you?
I’m working alongside some of the best animators from across the nation on a secret project that you’ll see very soon, along with the other animation projects I mentioned above. I just released a teaser on my channel for these animations, with footage from each of the three LEGO short film projects! https://youtu.be/1cqj_2L9YNM

Q8) Where can people go for more information or to view your animations?
Definitely check out my brand new website at http://www.bblanimation.com/ to see my animations and for links to my social media pages.

Q9) What one piece of advice do you have for people wanting to start in stop-frame animating?
The best advice I could give to an aspiring stop motion animator would be to start animating with whatever tools, skill, and creativity you have, and then pick something with each new video that you’d like to improve on. You’d be surprised how fast you learn and improve this way!